While pregnant with her first child, Brianna experienced the unthinkable — there’s really no other word for it.

Brianna and Austin were so excited to meet their baby boy. But one morning, Brianna’s mother-in-law called with dev*stating news.

“Austin had an acc!dent” she told the confused mom-to-be.

After a two-hour drive to the hospital, Brianna learned that Austin had had a brain hemorrhage. But the reason behind the sudden h0rror was just as unexpected.

Austin had been drinking energy drinks ever since he’d picked up longer work hours and had to commute more frequently. It became a habit and, pretty soon, Austin was drinking them excessively. Doctors say they’re ultimately what caused Austin’s brain hemorrhage.

“After two weeks of living in a hospital, wondering if he would survive or be taken from us, we made our way back home,” Brianna wrote on Facebook. “The time had come for me to deliver our baby.”

Scroll down for Brianna’s incredibly raw and emotional story, along with beautiful photos taken by Sara Endres, a photographer from Sacramento.

Sara describes the sho0t as a “very real, and very moving session” and you’re about to see why… 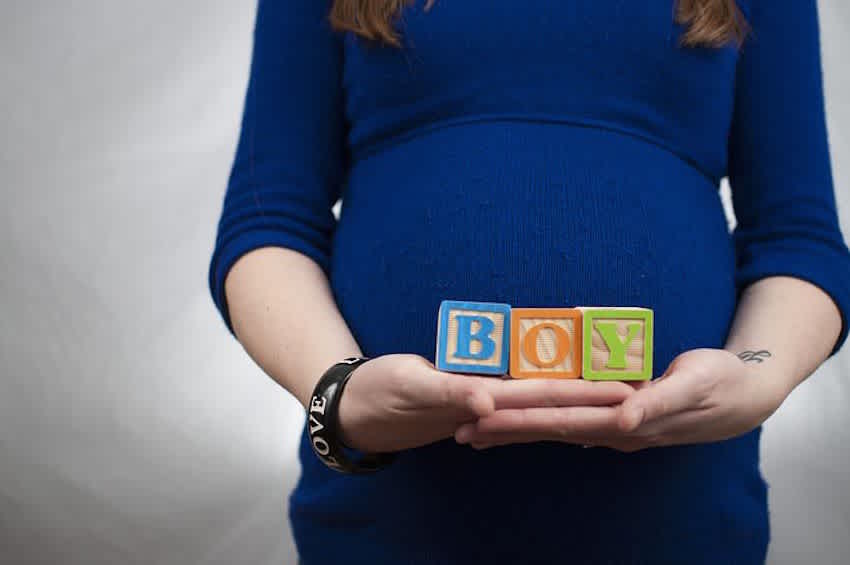 Hello, my name is Brianna, and this is my story…Love is not the little things. It is not the phone calls, the dates, or even the memories. Love is knowing you would sacrifice things that you didn’t even know you could sacrifice. Love is selfless.

Have you ever felt your life shake ? Have you ever been h!t with so much emotional turmoil to the point where everything around you becomes fuzzy and shaken? Your lungs feel tight and for a brief second you can’t do anything. You are unable to move, unable to think, unable to even react. I have. I experienced something I never thought I would experience…all while nine months pregnant with my first child.” 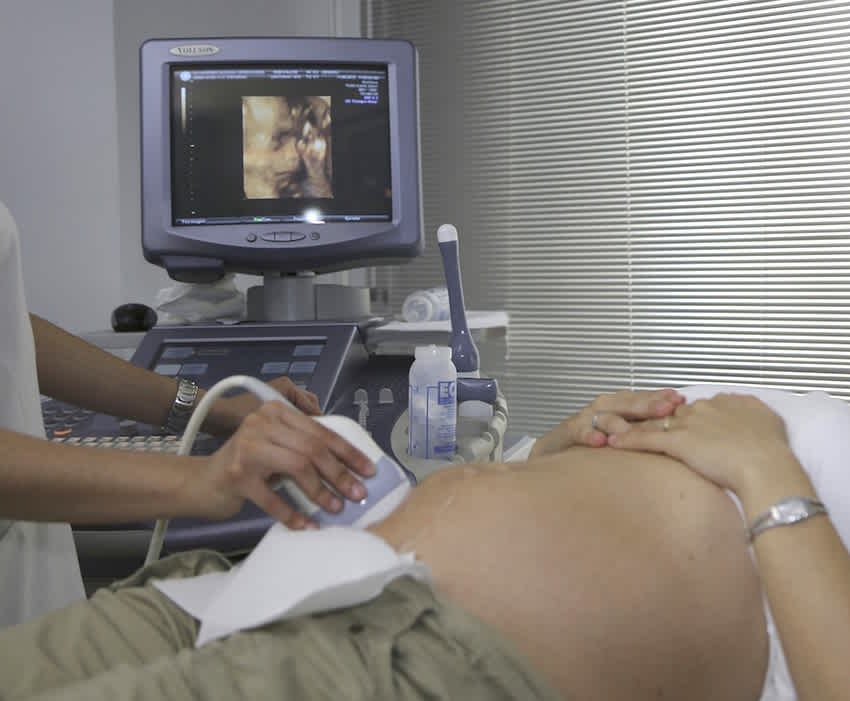 Being pregnant is supposed to be one of the most amazing journeys you will ever embark on. You’re creating a new life. You are experiencing unconditional love for someone you have not even met.Austin and I were so excited to meet our little boy. To bring him home. To be a family. 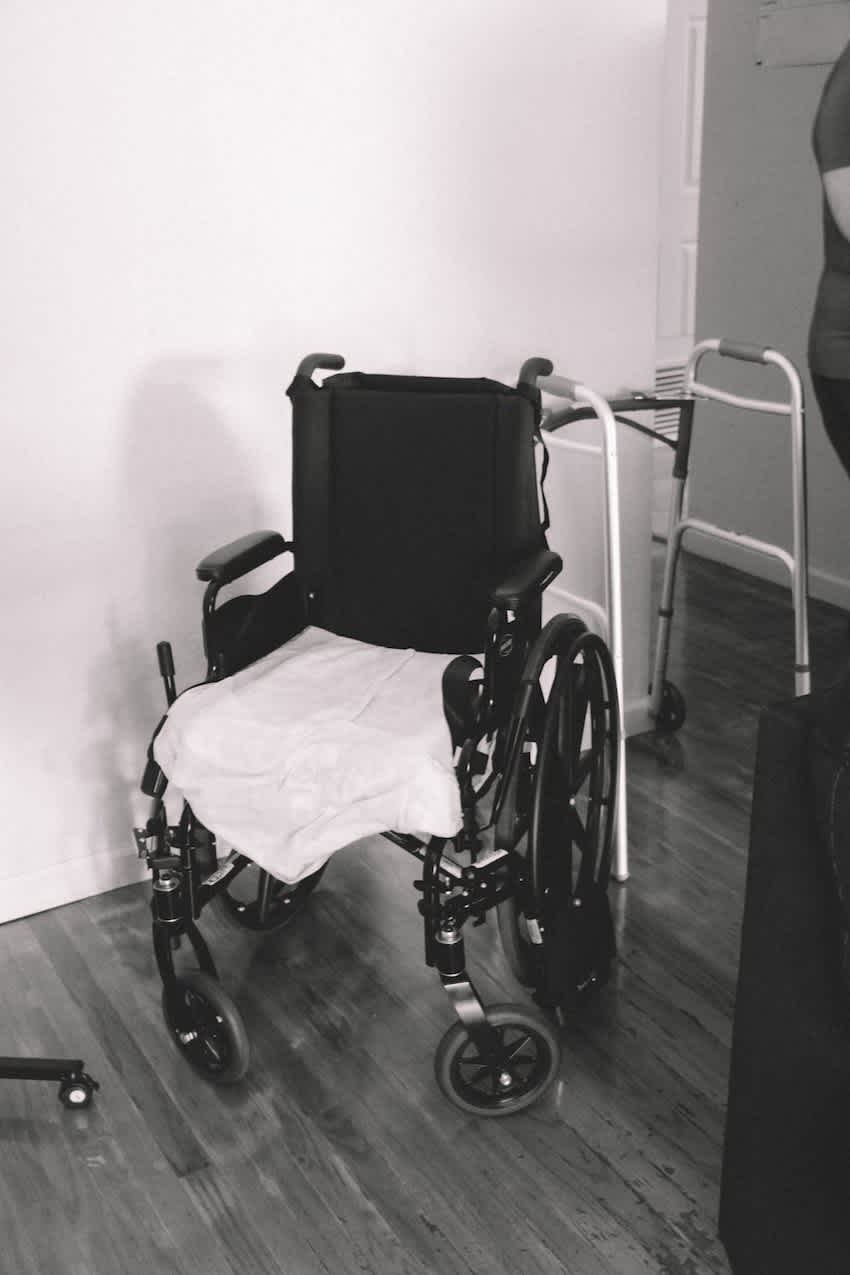 I never imagined as I went to sleep that night, that my whole world would be shattered within hours.I still remember my mother in law waking me up that morning. ‘Austin had an acc!dent’ she said.

All I knew was that my husband was in the hospital. The worst part? I didn’t know why. 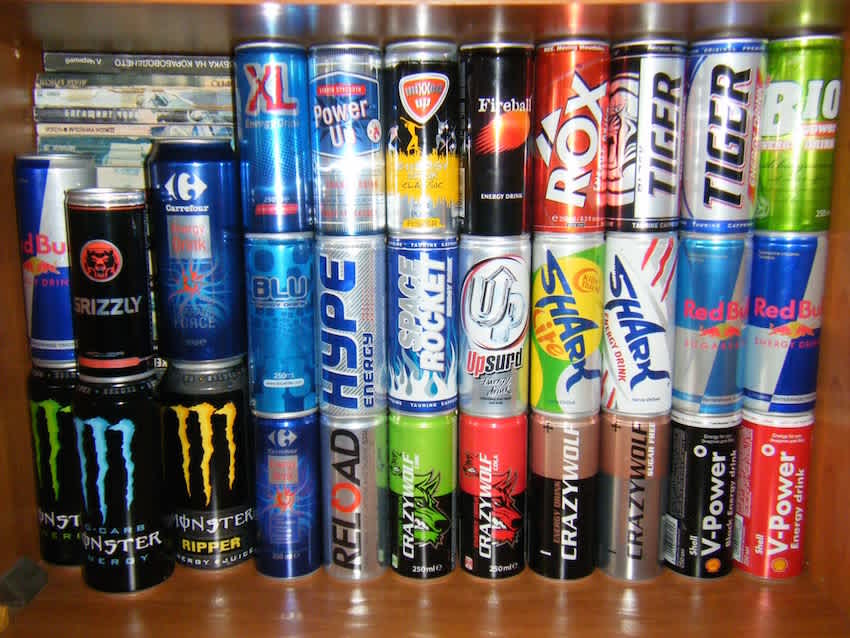 After a two hour drive to the hospital, I learned that my husband, the father of my child, the person I am so deeply in love with, had had a brain hemorrhage. Why? The doctors concluded (after running his tox screen and ruling out dr*gs) that this h0rrible event was due to his recent excessive energy drink consumption (a habit he had built when he started working longer hours and commuting).Surgery was already in motion… and after an agonizing 5 hour wait, we got to see him. But while everyone was focused on the almost unrecognizable face hooked up to all sorts of machines and tubes, all I could see was his parents. I saw the light leave his mother’s eyes as she saw her motionless son laying in that hospital bed. I saw his father break down crying as he held onto his wife. 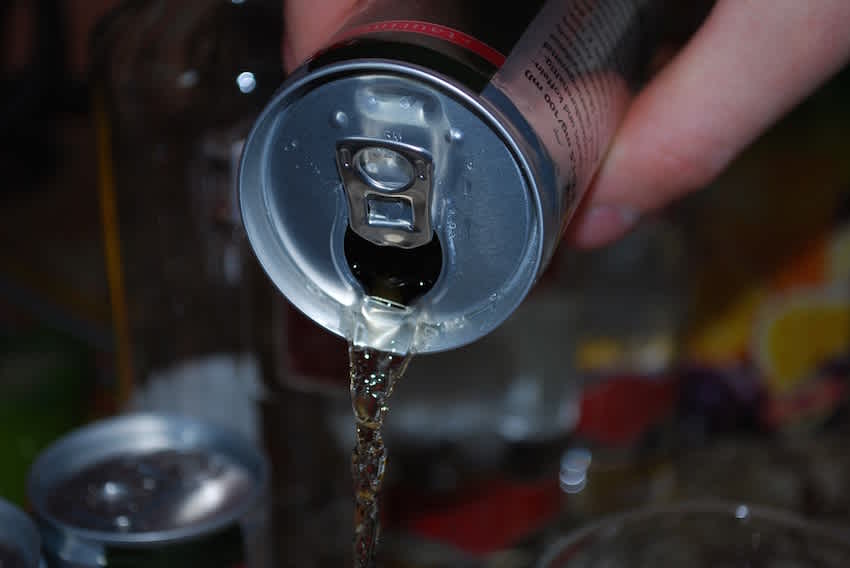 They didn’t know if the life they created together would even wake up.Watching this family — my new family, who I have grown to love and be a part of, be so shattered and broken…that is the worst feeling I have ever felt. 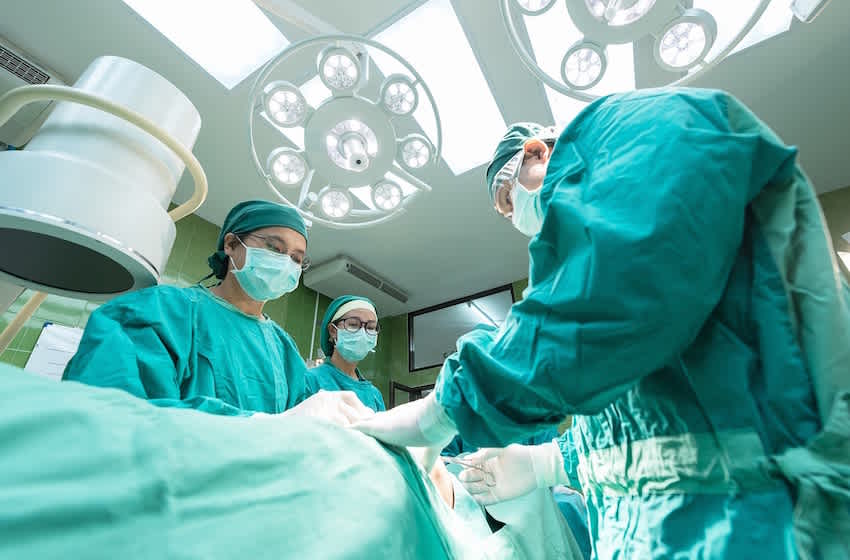 The next day was round two of brain surgery. Following this were strokes, seizures, swelling, and more things we weren’t prepared for. 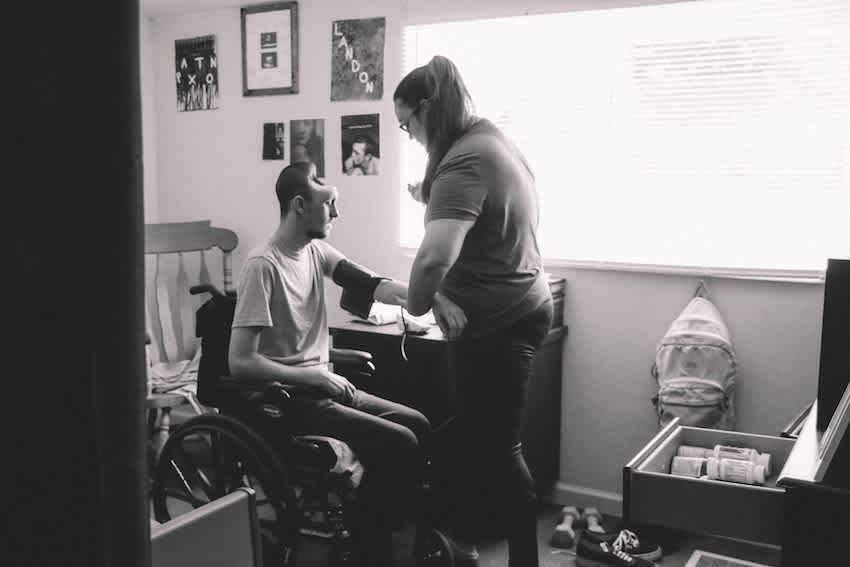 There was a moment, sitting by his hospital bed, just praying he would be okay, that I knew I would never give up on him. No matter how messy our life would become. I was going to be by his side through all of it.After two weeks of living in a hospital, wondering if he would survive or be taken from us, we made our way back home. 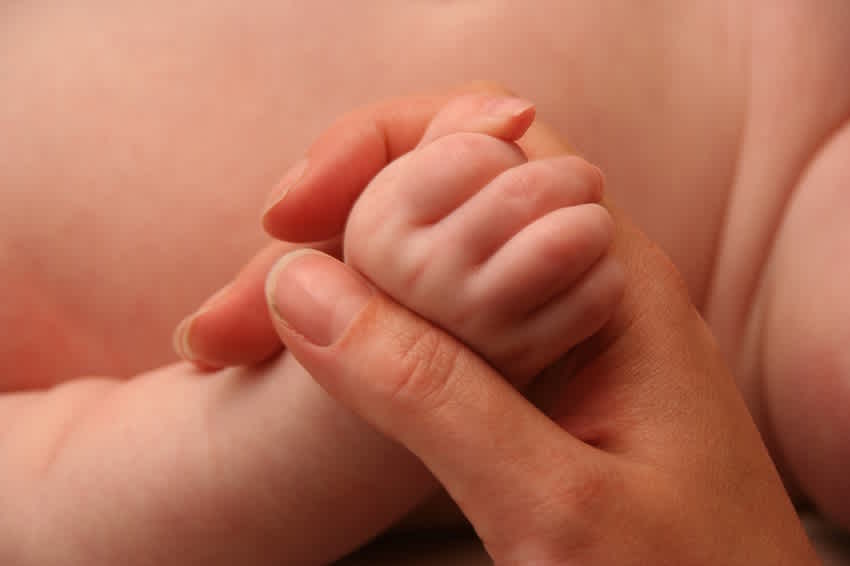 The time had come for me to deliver our baby. 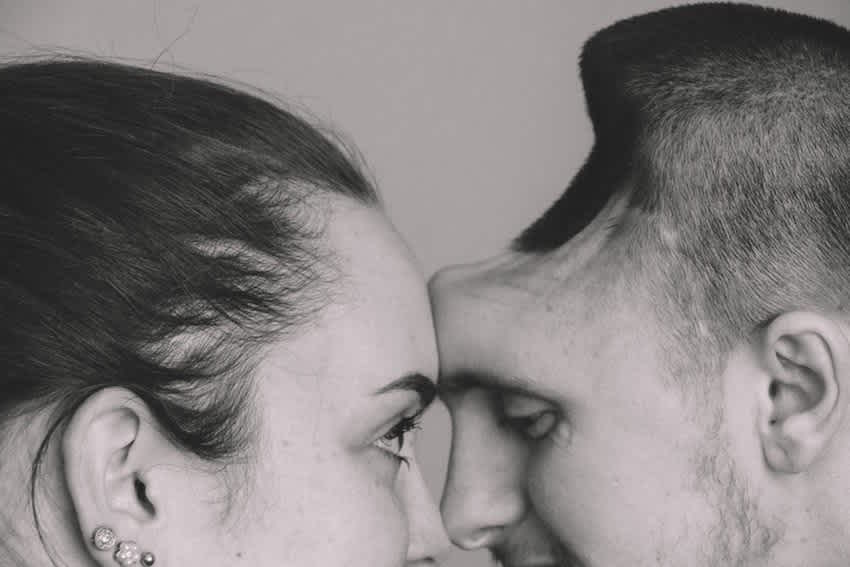 I’m not going to lie to anyone, it was so hard. I had planned on Austin being a part of this huge moment. Being by my side. Holding my hand. Being there to cut the cord. Being there to welcome our son into the world. It didn’t feel right… 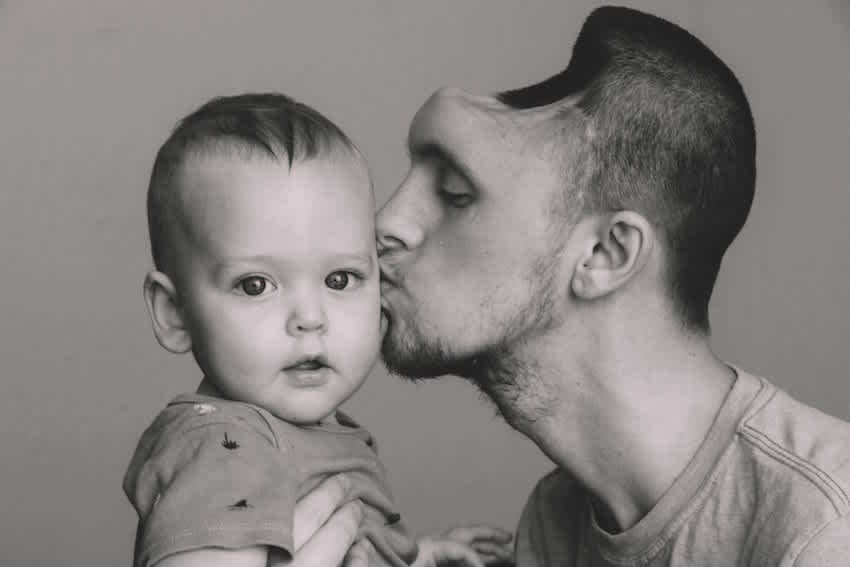 But a beautiful miracle happened as I delivered our son. Austin woke up. I went about a week without seeing him. I thought about him every day. I cried as I looked at my child who looked just like his daddy.When the baby was only a week old, I left him with my in-laws. 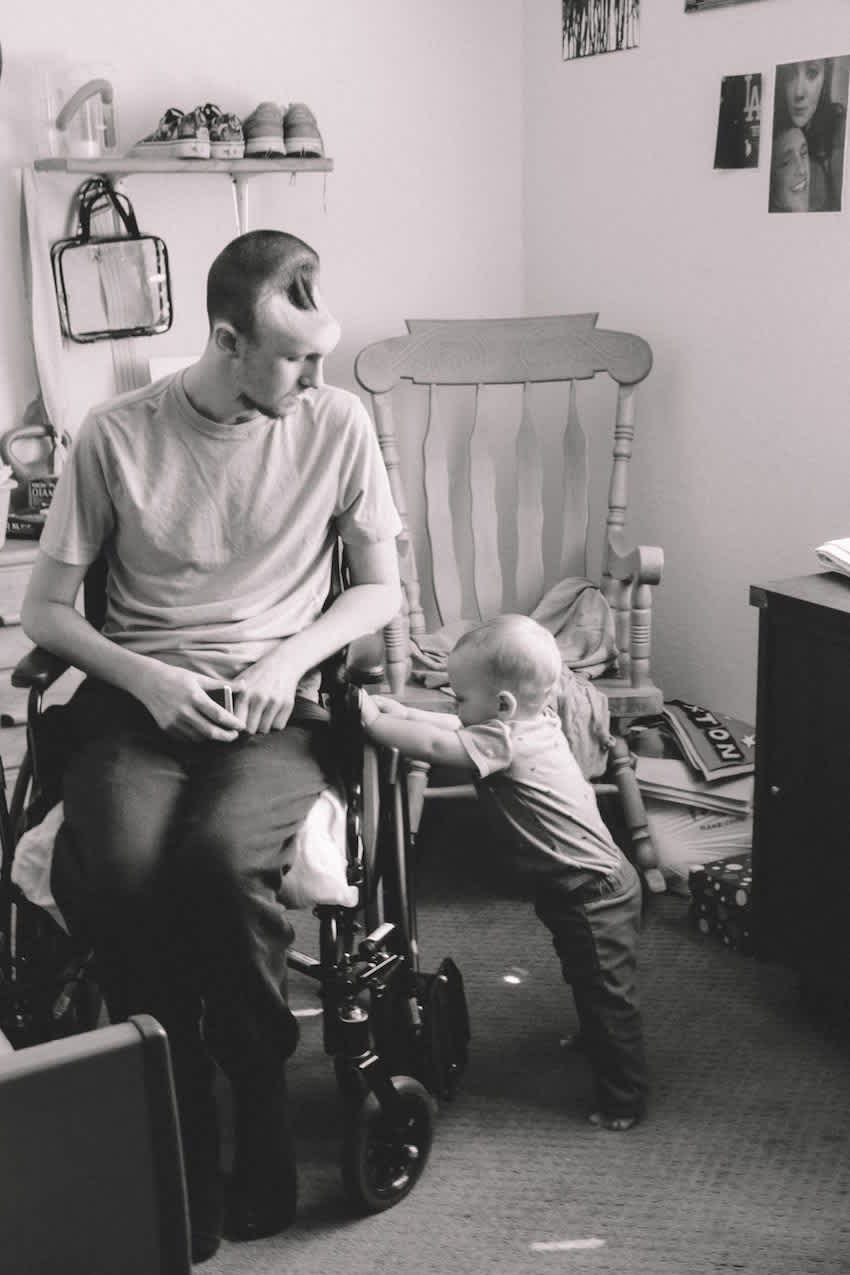 Weeks went by. We chased him all over the state as more operations and procedures were ordered. I saw him every chance I got.At a little over 2 months old, our son finally met his dad. A day I wasn’t sure I would ever see. That was the day that my heart gained some of its happiness back.

Some time after that he could finally come home to me. Our life isn’t normal. There are doctors visits and hospital trips — so many that I loose count.

But we are here. F!ghting. 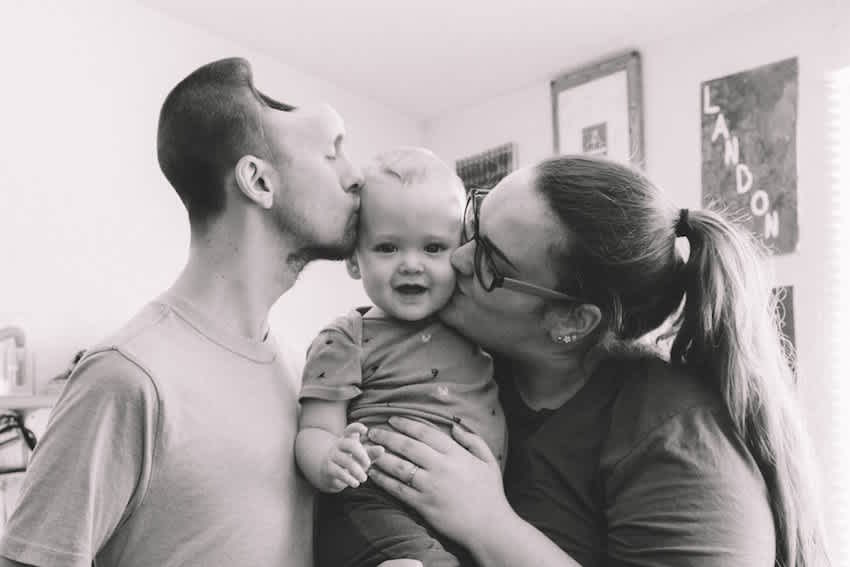 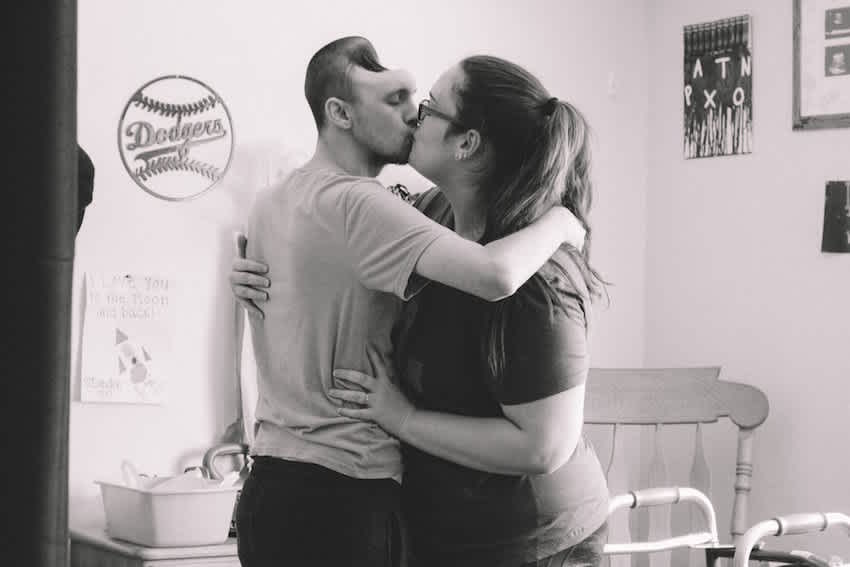 And in between these tasks I take care of our very busy eight month old. It is hard, and I am tired, but we make the most of it. 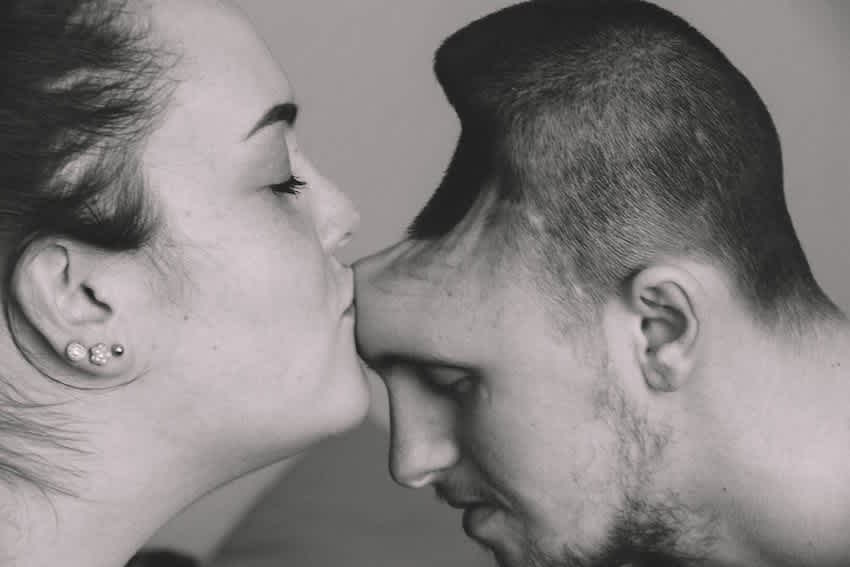 He isn’t the same man I fell in love with, but I still fall further everyday, We are f!ghting to help him recover. To make his life better. One day we will get there.Until then, I will never give up on him. Because love is selfless, and I love him more than life itself.