She Kept Messaging On Her Dad’s Number Since His De*th Gets A Reply.

Losing a parent is extremely difficult. It’s so very hard letting go. But some people try to keep a part of that relationship going, even through little things.

23-year-old Chastity Patterson lost her dad four years ago, and she was dev*stated by it. But for all those four years she would text his old phone number every single day and leave a little message. She was gr!eving the loss of him in her own way, and it helped to do what she was doing. She was hanging onto him in the only way she knew how. 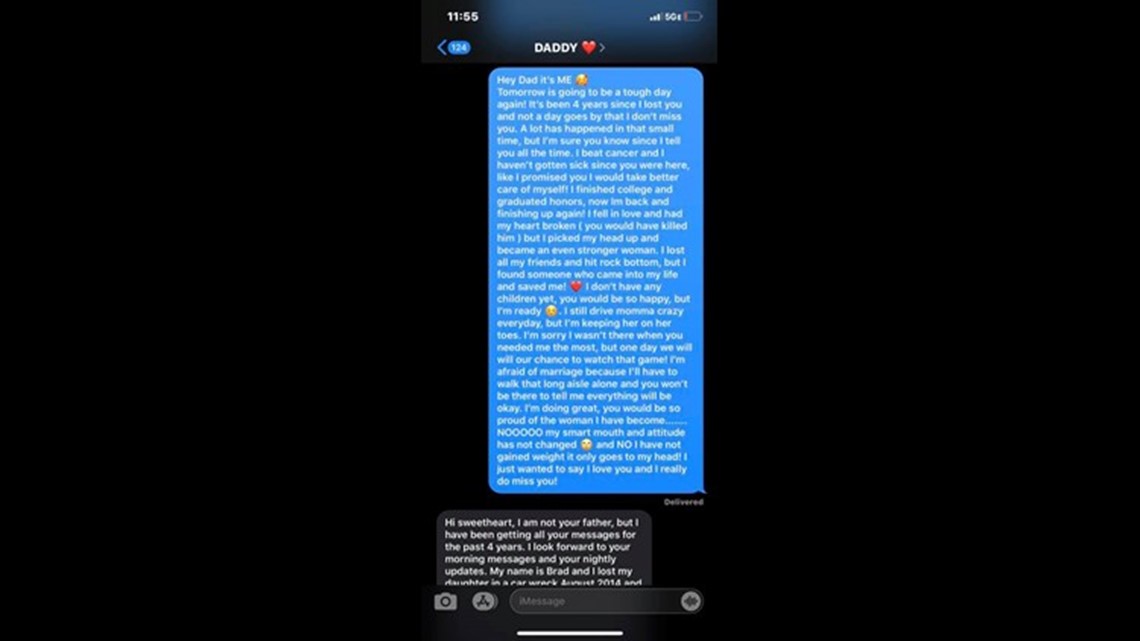 But then one day, she was shocked when she received a text back from that number. Of course, it was not her dad, but someone else who was given his old number after he d!ed. And for nearly all of those four years that person had been receiving those daily messages from Chastity without letting her know. But after all this time, they felt the need to respond. 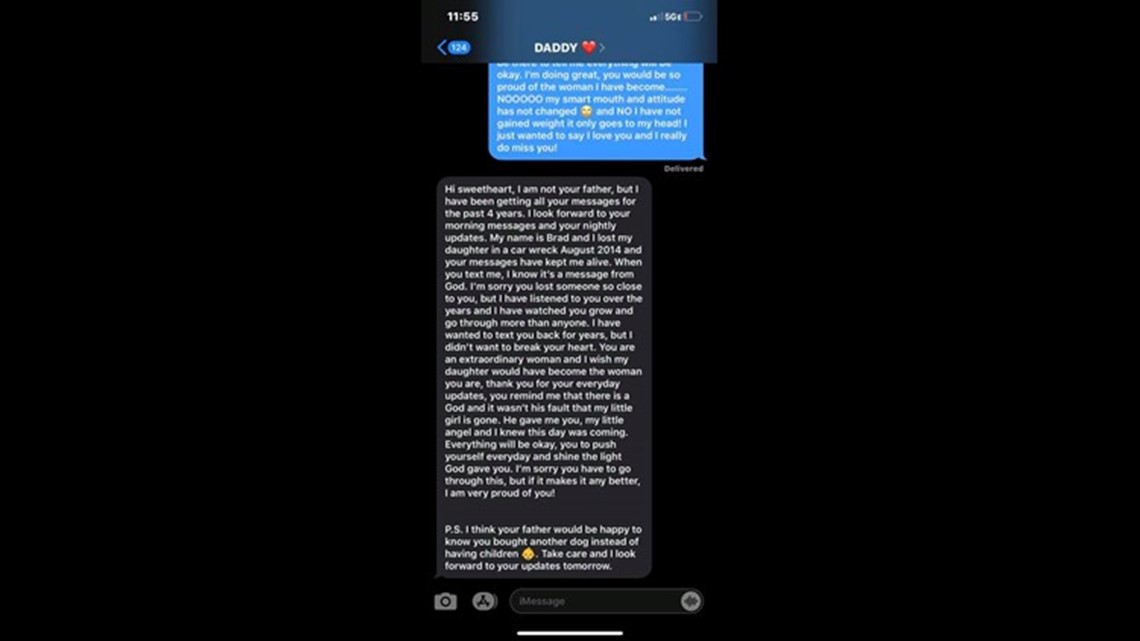 The new owner of her dad’s number, a man named Brad, wanted Chastity to know that he, too, had lost someone very special, someone very close to him… his daughter. She was k!lled in a car acc!dent five years ago.

And this is what he wrote to Chastity: “Hi sweetheart, I am not your father, but I have been getting all your messages for the past four years. I look forward to your morning messages and your nightly updates. My name is Brad and I lost my daughter in a car wreck August 2014 and your messages kept me alive.

When you text me, I know it’s a message from God. I’m sorry you lost someone so close to you, but I have listened to you over the years and I have watched you grow and go through more than anyone. I have wanted to text you back for years, but I didn’t want to break your heart. You are an extraordinary woman and I wish my daughter would have become the woman you are, thank you for your everyday updates, you remind me that there is a God and it wasn’t his fault that my little girl is gone. He gave me you, my little angel and I knew this day was coming.

Everything will be okay, you push yourself every day and shine the light God gave you. I’m sorry you have to go through this, but if it makes it any better, I am very proud of you.”
Facebook/Chastity Patterson

Chastity shared her story about this on social media, and it went viral. And what happened to her does indeed show that life works in very mysterious… and wonderful… ways.