Diana made sure Harry inherited her money for when he wanted to leave the royal family: “I think she saw it coming

Many children grow up dreaming of becoming a prince or princess one day. We imagine it as being this charmed life of love and privilege. From what we learned when Diana became princess, and now again with Meghan Markle, we know that the Royal Family isn’t all it’s cracked up to be. In their interview with Oprah, Harry and Meghan opened up about how they were able to leave the royal life behind, all thanks to Harry’s mom.

Abandoned By The Royal Family, Meghan And Harry Living Off Of Money Left For Him From Diana

On March 7, 2021, Prince Harry and Meghan Markle sat down with Oprah to give a tell-all interview about why they left the Royal Family. The couple shared plenty of sad and surprising details about what drove them to finally break away from the only life Harry had ever known. (1)

However, one of the most shocking reveals was that the Royal Family had completely cut them off from all funds – including security. Thankfully, the couple had one person they could count on to look after them: Harry’s mom, Princess Diana. (1)

Princess Di Watching Out For Her Son From Beyond The Grave 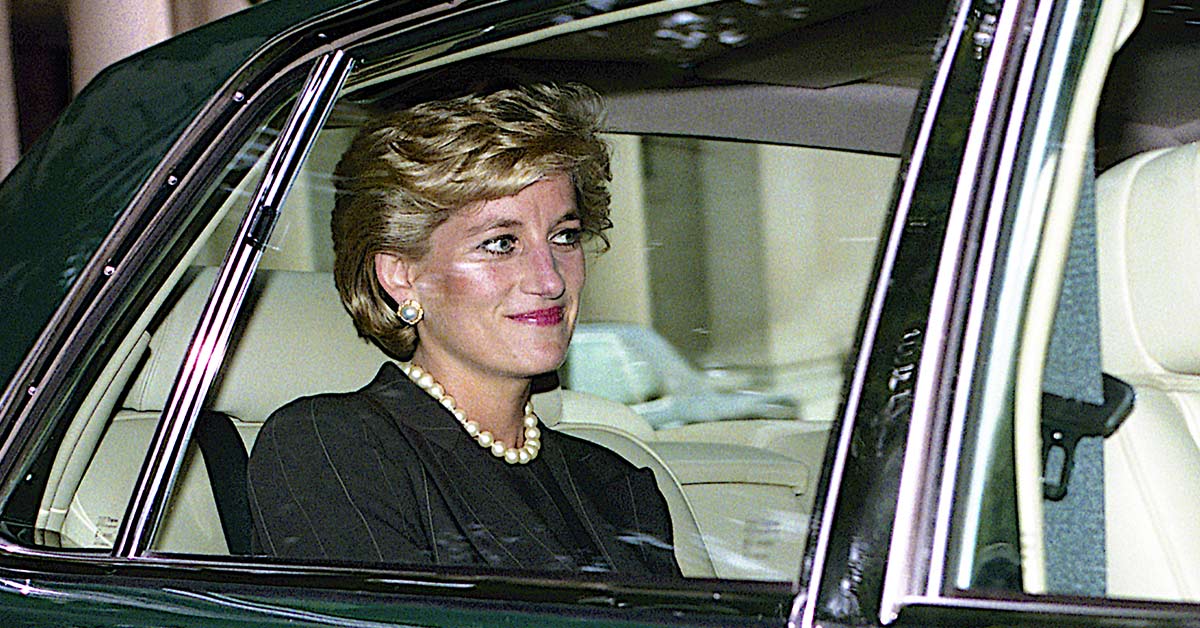 In her will, the late Princess Diana left both of her sons with a sum of $10 million USD. It is this money that allowed Harry and Meghan to cut ties with the rest of Harry’s family. (1)

Shout out to Princess Diana for still taking care of her baby from beyond the grave #InternationalWomensDay pic.twitter.com/4yEqNX97md

Without the Royal funds, the couple would have been in a very tight spot. In particular, when it comes to security. They were receiving daily death threats from those angry about the decisions they had made. The Royal Canadian Mounted Police (RCMP) provided the couple with security services until March 2020. (1)

They were able to afford security for themselves and their young family because of the money that Princess Diana left them.

“I’ve got what my mom left me, and without that, we would not have been able to do this,” Harry told Oprah in the interview. “What my mum would think of this? I think she saw it coming. And I certainly felt her presence throughout this whole process.” (1)

Thankfully for Meghan, she actually had her husband’s support. Harry watched the press hound his mother while she was alive, and he knows intimately the role it played in her death. He did not want history to repeat itself, which is why he and Meghan decided to leave their duties. (1)

Harry believes that his mother left both he and his brother money because she predicted that something like this would happen. Many speculate that she felt this way, particularly about Harry, because he was the “spare” to the throne. She knew the family would care less about him than they did about William. (1)

She took care of the "spare" because she knew they only cared about the heir.

Diana is a better parent to Harry from the grave than Prince Charles is alive and well.https://t.co/1IQA9lBnLR pic.twitter.com/kn8QY42TfV

“I think she would feel very angry and very sad [about the situation], but ultimately, all she’d ever want for us to be happy,” Harry told Oprah. (1)

The Public Response
While the couple continues to receive death threats, many people support them and their move to exit the Royal Family. In particular, many people online praise Diana for “taking care of her baby from beyond the grave.”

If it weren’t for what Princess Diana left Harry, they would’ve been completely vulnerable with no money or security.

Harry thinks that perhaps she knew what was coming.

Whoa. Moms will look out for you from beyond the grave. #OprahMeghanHarr

Harry: "Yeah, my family cut me off. And if it wasn't for the money that my mum left me, Meghan and I wouldn't have been able to do this and be on our own."

Even in death, Diana still has Harry's back. And that really is a beautiful thing. #HarryAndMeghanOnOprah pic.twitter.com/MJOSli91Bx

“If it weren’t for what Princess Diana left Harry, they would’ve been completely vulnerable with no money or security.
Harry thinks that perhaps she knew what was coming.
Whoa. Moms will look out for you from beyond the grave.” wrote one Twitter user.

Harry: “Yeah, my family cut me off. And if it wasn’t for the money that my mum left me, Meghan and I wouldn’t have been able to do this and be on our own.”
Even in death, Diana still has Harry’s back. And that really is a beautiful thing.” Tweeted another.

The public praised Princess Diana for being a caring, affectionate person. In particular, they praised her for how she mothered her two boys. Even decades after her death, she still made sure that her son, his wife, and her grandchild were protected from the brutality of the Royal Family and the paparazzi.